Am I a Bad Jew? An open letter to Benjamin Netanyahu 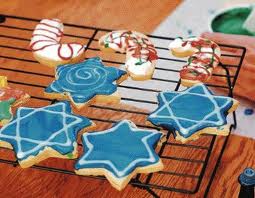 I am writing to you somewhere within the American diaspora. In a few weeks, my husband and I will be taking our children and our parents on our first family trip to Israel. When we get there, I hope that the Israelis we meet there don’t think that we are devoid of any Judaism or Jewish life back in evil America.

Let me explain. I just viewed some commercials made by the Israeli government warning them of the risk of assimilation, of losing their Jewish identity if they move to and remain in America. The Jewish Federations of America, along with most American Jews, took offense.

A lot of controversy has been stirred by this  ad campaign trying to lure Israelis living in America to come back home to Israel if they want their own children to remain Jewish.

To those of you not familiar with it, here is an example of such an ad. Basically, an Israeli grandma and Grandpa in Israel are skyping with their family in America. The grandparents, seated in a living room with a lit Chanukkiah (candles for chanukkah, it’s NOT a menorah)  in the background, ask their granddaughter what holiday she is celebrating. She joyfully shouts (to her parents’ dismay) “Christmas!”

(this ad has been removed as I write this post)

Bibi, I’ll be in Israel all of Chanukkah. Why don’t fly over to the states and spend your Chanukkah  in America and see how hard Jewish Americans work to say “no, Christmas is not our holiday. In spite of being a minority, we choose to worship our God and practice our religion the way we choose.”

Isn’t that after all the message of Chanukkah?

One response to “Am I a Bad Jew? An open letter to Benjamin Netanyahu”