Sometimes, one has to make a big move, say, relocation for a job.

Here is a guest post from a man who took a chance with his wife and son to live in a new place simply because it was the place they wanted to be.

I’m off this weekend to check out the next potential chapter of my family’s life in the Detroit, Michigan area. While I’m away, I’m letting an old friend hold down the fort here at transplantednorth.

I met Chris in college at the Daily Targum, the daily student-run newspaper at Rutgers University. I wrote copy while he was either shooting photos or developing them in a darkroom. Though our paths did not cross until college, we also both grew up on Staten Island.

I haven’t seen Chris since those college days, but we’ve kept in touch thanks to the miracle of Facebook. Since our college days, Chris worked for 12 years as a fundraiser and spokesperson for the American Red Cross, being the spokesperson for major disasters such as the TWA flight 800 and other air crashes, several dozen major hurricanes, tornados and floods, the Kosovo crisis, the 1999 Turkish earthquake and many others.

After leaving the Red Cross, Chris moved into private business in sales and business development and acquisition.  In 2010 Chris led a group of investors in the acquisition and restructuring of Chesapeake Bay Roasting Company in Crofton, Maryland, where they produce a premium coffee that is also the most sustainable coffee you can buy.  From the custom-built roaster that uses 78% less energy and packaging manufactured entirely from recyclable materials to the “H2O Initiative” which commits 2% of coffee sales (not profits) to organizations that help protect and restore the watershed, Chesapeake Bay Roasting Company coffees make a great cup while making local communities better places to live, work and play.

Now semi-retired and living with his wife and son in Panama, Chris keeps his hands in some charitable organizations with a mission for sustainability, including raising hundreds of thousands of dollars for EarthEcho International (EEI), an organizaiton  founded by naturalists Philippe and Alexandra Cousteau.

He and his family relocated to Panama City, Panama in the summer of 2012 to give his son an international high school experience and explore life and business opportunities in a booming Latin American culture.

Here is his story of being a transplant. What is yours?

Three months ago my wife, 14 year son and I picked up and moved from Silver Spring, Maryland to Panama City, Panama – after just six whirlwind months from coming up with the idea to execution. We’ve always been a little impetuous, but this one was our biggest idea yet!

We actually made the move because we wanted to, not because of work or family.  The idea of “slowing down” while giving my son the chance to go through high school in an international environment was one we all thought shouldn’t be missed. 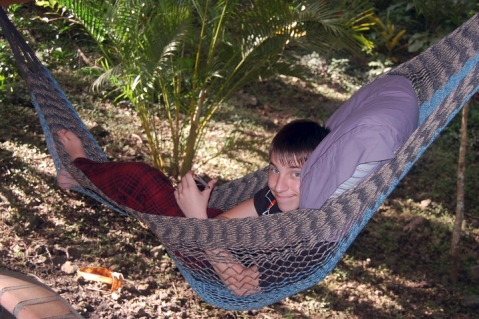 We knew we were moving to a completely new environment that operates in a language we don’t speak, but it was still a major shock once we arrived.

No matter how much you prepare yourself, stepping off the plane without a return ticket and realizing you actually live here is something you really can’t understand until you do it.

I went from feeling like a confident and successful entrepreneur to someone who struggled to set up the basics for his family.  I just wasn’t ready for how difficult it would be to get cell phones and internet service, satellite TV, and an account wit the electric company.

Even though I learned to drive in New York City, I was completely unprepared for the insanity of Panama City roads and the aggressiveness of the drivers.  Traffic signals are truly suggestions, and a road is any place you can drive your vehicle – shoulders, medians, even grassy strips.

three months into the adventure I’m starting to see the challenges as opportunities.  The Latin attitude of “mañana” is actually a great way to live if you can embrace it.  Panamanians truly “work to live,” as opposed to the American attitude of “live to work.”  I never really though that was how we were living our lives back in the States, but now that we’ve lived someplace else for a while we’ve realized just how much our American lives were defined by what we did for a living, and how much time and energy we devoted to it.

We’re really starting to have a lot of fun, from visiting the Panama Canal (how in the world did they build that thing 100 years ago?!?)

to trying to figure out what all those guys standing on the side of the road are doing (relieving themselves in the grass – why actually find a rest room?).  And there have been plenty of humorous moments as we learn Spanish. (Text messaging is huge here; for weeks I kept asking my wife, “what the hell does ‘jajaja’ mean?”  Must have read it 20 times before I pronounced it in Español – hahaha!)

We’ve also tried to find a way to make a difference in our new home country, and we’ve “adopted” a home for abused and abandoned girls. We’re leading a campaign to raise the funds to rebuild the roof, electric and plumbing.  It’s been a moving experience (you can read more about the project at http://www.panamahogar.org). 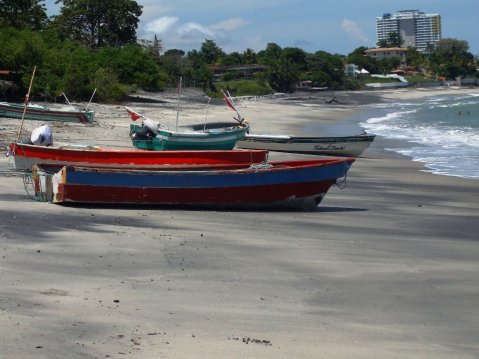 Now that we’ve been here for three months, I’m realizing most of life here isn’t better or worse – it’s just different.  Embrace the change – which was the whole reason we made the move in the first place – and life in another country can be a really fantastic experience.