A Confession, For the Sin of Being Distracted 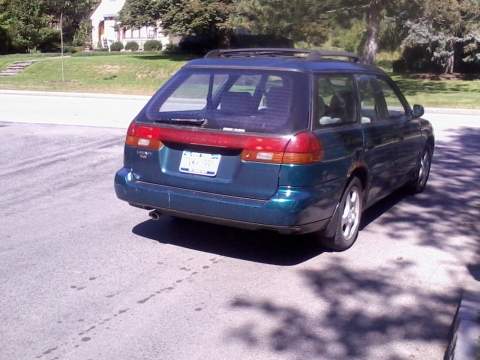 This is the solemn 10 days of Awe, days of reflection that start at the Jewish New Year and end at the last blast of the Shofar at the conclusion of the Yom Kippur Fast.

Over and over, Jews on Yom Kippur in synagogues and gatherings throughout the world stand together and recite a litany of transgressions – in Hebrew alphabetical order –   as they softly pat their heart with a fist. A sample of them go like this:

For the sin which we have committed before You under duress or willingly.

And for the sin which we have committed before You by hard-heartedness.

For the sin which we have committed before You inadvertently.

And for the sin which we have committed before You with an utterance of the lips.

For the sin which we have committed before You with immorality.

And for the sin which we have committed before You openly or secretly.

For the sin which we have committed before You with knowledge and with deceit.

And for the sin which we have committed before You through speech.

For the sin which we have committed before You by deceiving a fellowman.

Perhaps the biggest transgression of our modern age is the sin of being distracted by a screen.

Even now, as I type this, I’m staring at a screen. I should be kissing my youngest good night. Or tending to another child’s homework.

Perhaps the biggest transgression of digital distraction is texting behind the wheel.

According to a recent article in Rochester’s Democrat & Chronicle, Rochestarians are some of the most distracted while driving bunch of people in the nation.

If I can confess: No, I don’t have a bluetooth. Yes, I make non-hands free calls when driving.

But only if I have a number programmed into my contacts.

And only if I have to call my husband during harried after school pick up times.

And even then, I place the phone on my dashboard or on my lap and use the speaker feature.

And sometimes, if I hear an old “new wave” song on the radio from the 1980’s, I click the info button, and just for a split second, peek and see who the artist was. Oh yes, OMD, I thought it was OMD.

OMG, I’m sorry I have been distracted.

But never, never will I answer a call when I’m driving, nor will I ever make or read a text.

You see it all the time. The distraction of couples looking at screens instead of looking at each other in the evening at the dinner table.

The distraction of a cell phone going off or someone texting even in houses of worship.

The other day I was walking home and saw a car lingering for a very long time at a stop sign.

Now, I was crossing the street and I needed to know what this driver would so so I could safely cross.

After about two minutes, when this driver was still at the stop sign, I crossed and peeked into the driver’s seat. There she was, oblivious to the world, texting on her smart phone.

I stared at her and she STILL didn’t notice me.

So oblivious this woman was behind the wheel, she didn’t even notice me creeping up behind her to snap this photo on my phone:

Please, for your sake and mine and the WORLD, don’t text behind the wheel.

On this eve of Yom Kippur, I pledge to do this one change in myself, to be less distracted from my family.

In a nod to D&C Columnist Pam Sherman, I too recently lost my iThing. I just can’t find it. At first I felt lost without it. But, now, I feel liberated. Maybe I’ll find it someday. Or get a new one after saving up. But for now, I’m dealing with the sin of being forgetful and scatterbrained and repenting by trying to live a more mindful, in the moment life.

For those of you who are fasting, I hope you make it a meaningful one. 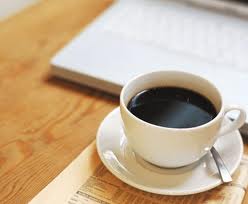 Yom Kippur, the Day of Atonement and the holiest day on the Jewish Calendar, begins tonight at sundown. It is a day of deep self-reflection and examination. Included in the liturgy of the day is a prayer we say over and over again throughout the 25-hour fast. The Al Cheyt prayer is a laundry list of sins and transgressions that we may have committed during the year. Most of them are not against Gd. The big sins listed are not: I played golf on Saturday instead of attending synagogue; or I ate a bacon double cheeseburger at McDonald’s ……

I asked my Hebrew school students what wrongdoings they see in their immediate lives. And from what they told me, we live in an angry society.

Road rage. Rage against stewardesses on airplanes. Angry Birds. Let’s face it, there is way too much anger in our society.

I am no innocent in this department.

This week my family experienced an onslaught of technical difficulties. My bottom freezer would not seal properly and there was a snowstorrm of frost accumulating. I quickly blamed this in my youngest son, who often puts all his weight (well, he is only in the fifth percentile of his age group for weight) on the freezer door when looking for an ice cream treat. The frostier my freezer became, the angrier I got at my son.

My computer, a Lenovo, which really turned out to be a Lemono, had to go back in the shop,for a third time. I was getting very angry at the business that sold me this computer.

As I spent the entire Monday morning waiting for the Sears repairman to come for my freezing freezer, I could feel my anger swelling. Where was he? Why did  I have to reschedule my day and wait around from 8 a.m to 12 p.m. and here it was 12 and he still had not yet arrived?

When he did come, I did not greet him as warmly as I should.   But he did to me. Mike the Sears repair guy shook my hand as he humbly apologized for being stuck at another call all morning fixing a tricky washing machine. He put on plastic booties over his shoes so he would not bring extra dirt into my already messy house.

He quickly pulled all the shelving out of my freezer. Got to the bottom of the problem: too much build-up of frost around the door. My son was off the hook. Mike also remarked that he had been here before and asked how my oven was doing.

He had been to my house to repair an oven I had long replaced. He remembered me.

After cleaning out my freezer, he apologized for getting melted ice on my floor as he replaced the freezer shelving. My anger melted.
“Really, it’s all okay.” I said.

God sends signs in funny ways to help us put life in perspective. Sometimes, it’s in the form of Mike the repairman.

This year, I will pray to try once again to stop myself from jumping to angry conclusions.

Maybe curbing my caffeine habit will help. At the very least, it will prevent a caffeine withdrawal headache that is bound to hit most of us fasters by 2 p.m. tomorrow.

May your Yom Kippur Fast be one that is meaningful and anger-free.