Yes, the Beatles are Immortal 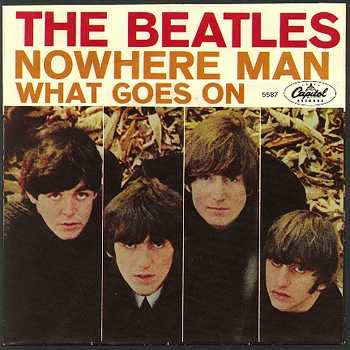 In my crazy rushed day, my son added to the craziness by declaring that, yet again, his glasses were in desperate need of repair.

I didn’t get my workout in.  I had a little over an hour before my Hebrew school class.

I was really stressed.

But my son’s nose, without the proper padding that had fallen off his glasses, was really scratched. So, I said I would take him to the Twelve Corners Optician only if we ran there.  So we did. We ran because I knew  that picking out another pair of glasses was going to take much more time than I had, and time was running short.

We were making good time, until we arrived at 12 Corners Plaza. A group of high school boys were slowly walking in front of us. Slowly, as if they had nowhere else in the world to be. And at 16 or 17, that’s the way one should look upon an after-school afternoon.

I started getting annoyed that they were in my way, until I heard one starting to sing.

This kid, born decades after the British Invasion, born two generations after the Beatles first landed at JFK International airport, was singing a Beatles tune. He wasn’t rapping or singing some horrid contemporary pop tune, but a song that was older than he and would outlast anything on the radio now.

Instantly I was calmed.  And I couldn’t help but harmonize walking behind him, until his friends told him that he could NOT sing in the pizzeria.