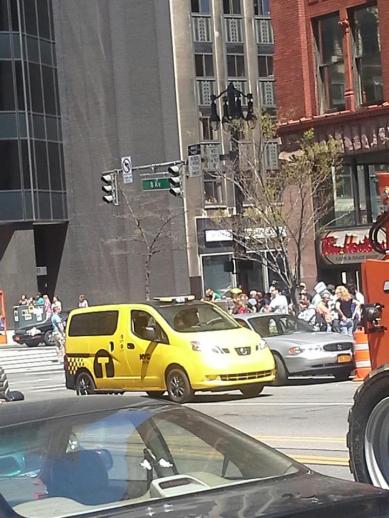 In New York City, witnessing a photo or film shoot was just part of the backdrop of daily life. From the years when I lived there, I can recall my fleeting brushes with the silver screen or glossy magazine stardom very clearly:

On the silver screen, do any other cities exist other than New York City? Or maybe, Los Angeles?

But sometimes, New York City needs a stunt double. That’s where, this week Rochester steps in.

And from the news coverage it is getting here in the ROC city (we are talking six column headlines here, folks), you would think that Spiderman really exists. And it is making daily downtown workers, not used to living in the limelight with the cameras, car chases and major headaches of blocked streets, as mad as the Incredible Hulk.

Thanks to a friend of mine who is watching, and photographing, the filming right out of her downtown office, I can present you with the following pictures. So, when you go to the cinema next summer to catch Spiderman 2, don’t be fooled. Those street scenes of NYC you are watching were really filmed in Rochester, NY.

The place that used to make Kodak film.

Have you ever seen a scene from a movie being filmed in your home town? 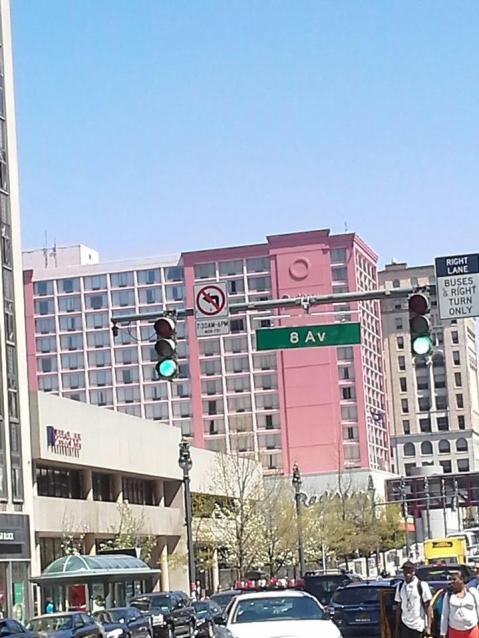 Exchange St. in Rochester turned into 8th Ave. We don’t have enough streets downtown for there to be an 8th Ave. 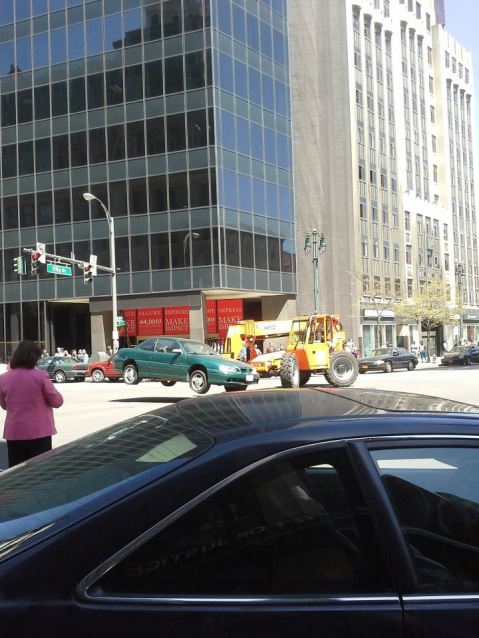 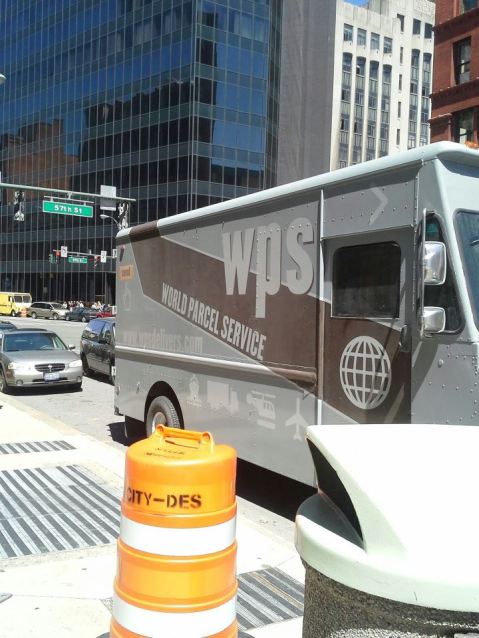 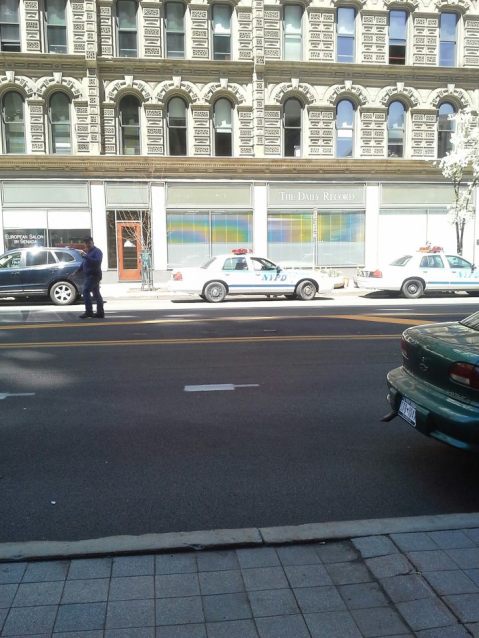