What do you Say?? 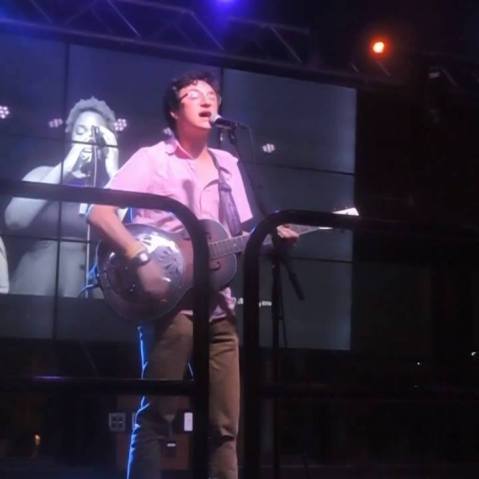 My first short-lived job out of college I worked for a small weekly newspaper in a rural county in New Jersey.  So rural that the grounds for the county fair, complete with livestock competitions with pigs and cows,  was right out the back door of the newsroom.

That weekend, the staff worked a booth to promote the paper and increase circulation. I was in charge of blowing up helium balloons and handing them out to children who stopped by to visit.

With each child I gave a balloon, parents were sure to ask that child in a prodding manner:

It seems the thing you teach your kid to say, that kindest phrase, cannot be said enough in life.

Just saying thank you. Showing gratitude for every experience, some good, some not so good, but recognizing that each moment teaches and shapes you.

In addition to nurturing this practice in our children, for saying thank you for getting material things when they are younger, we hope that as our kids grow into adults, they keep saying it for the intangible things too.

So there I was, out at the Crofoot, a nightclub in Pontiac, Mich.,  trying to make eye contact with my 17-year-old son as he opened for touring folk-rock bands The Mountain Babies and The Cactus Blossoms, mouthing the words:

WHAT DO YOU SAY?

Now, I am not saying that he did not say thank you to his audience, or to the headlining band. But you just can’t say it enough.

This is the summer that my 17-year old son, soon to be a high school senior, truly hustled to get out his music as a solo guitarist and songwriter.  The band that he and his mates tried so hard to get off the ground during sophomore and junior year never took off. There were too many conflicts. Too many SAT prep classes and cross-country meets. Too many mothers filling up weekends with family obligations.

This summer, he did not get a job at Kroger, or Old Navy, or a summer day camp. It was not from a lack of trying.

What he did get were a few paid gigs.

So I just want to say, thank you.

Thank you to the Teen Council of Detroit and the Museum of Contemporary Art Detroit for fostering creativity through your rap and songwriting workshops, your uncensored teen Open Mike nights.

Thank you to the Farmington Civic Theater for letting my son busk  (yes, this is a verb that you learn when you know a starving up and coming musician) on a couple of Friday nights for dollar bills and pocket change, and a free drink and two movie tickets.

Thank you to Goldfish Tea in Royal Oak and all the tea sipping folks there who listened and cheered for my son on open mike nights.

Thank you to The Hopcat who, though he was underage, let my son open up your open mike night a little early at your upstairs bar before he had to get thrown out.  And, of course, thank you for Crack Fries.

And all along the way, I am thankful for the friends here, people I did not have in my life only three short years ago since moving to Detroit, who not only have come out to hear him play, but who ask me when he is playing next.

So, my son, I know you are never more comfortable than when you are up on stage playing, but when you are up there, you know what to say, and you cannot say it enough. Plug the band for whom you are opening. Give praise to your audience. You just cannot do it enough.

While I’m at it, I would be humbly thankful if you check out my son’s music here.