A Rosh Hashanah message to parents of Jewish babies from a parent of Jewish Adults: Do Jewish all year long. 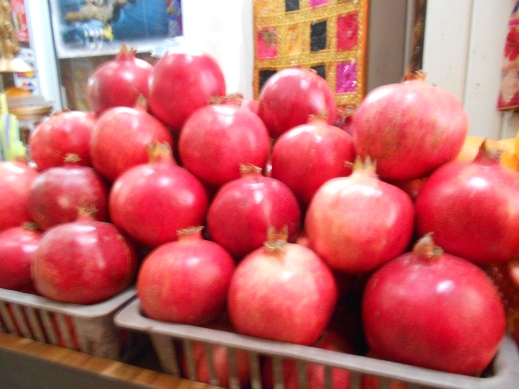 For my daughter’s very first Rosh Hashana/Yom Kippur, we dressed her up in a frilly, off white outfit complete with a pill-box hat. I think it also had a fuzzy white boa. We found a matching pair of white framed cat-eyed sunglasses and she popped them on willingly for a pre-shul photo shoot.

I’ll spare posting a photo because she is a cool 20something now donning a black trench coat and Doc Martin combat boots through the streets of London and has a reputation.

You’ll just have to use your imagination.

On her second Rosh Hashanah, at the start of the Torah service, she screamed with joy

We were asked promptly by the usher to remove my enthusiastic Jewish toddler from the sanctuary. But that is a different topic that you can read about in other blogs.

This post is for YOU. The 20 or 30 something Jew, Jew of Choice or someone married to a Jew who is raising a very small child in the Jewish faith.

Don’t mean to scream, but stick with me here. Let me continue.

When the daughter was slightly older and was attending a Jewish preschool, I took her brother, about  2 1/2, on a shopping outing at Michael’s. It was springtime and the aisles were cluttered with those big, faux pottery urns.

“Mommy,” my baby duly noted from his vantage point in the shopping cart seat.

“They got really big Kiddush Cups”

Next, the youngest came along.

He was about 22 months and we were celebrating my parent’s 40th wedding anniversary on a cruise.

It was Tuesday night.

Formal night on the boat. Everyone was dressed up in tuxedos and gowns and other formal fashions. And in true cruse fashion, everyone was crowding outside the Starlight dining room, cattle-call style, for the doors to open. Because they had not eaten in 30 minutes at least.

All of a sudden, my 22 month old, in my arms dressed up in an instant-cute 3 piece suit of his own, yells at the top of his lungs.

It was a Tuesday, remember? But seeing people dressed up, to this almost 2 year old, it had to be Shabbos.

Funny thing is, a woman in her 60’s in a floor length black sparkly gown turned around and said Good Shabbos right back.

She was from Dix Hills. She knew my in-laws.

So now, it is many years later. That babe in my arms is a high school freshman. His brother is a freshman in college and his big sister is spending a semester abroad in London.

So where am I going with this?

During his freshman parent/student orientation, there were separate schedules for parents and students and I had not seen my son in a few hours.

Where did I catch up with him? At the student activities fair. He was checking out the Chabad table.

My son after a week of school told me he switched around his classes because one ran too late on Fridays and he did not want to miss out on Shabbat dinner and services. He’s toggling between Hillel and Chabad.

He may not get to services on both days of Rosh Hashanah, but he sought them out, knows where and when they are and it will be up to him to set his priorities.

He had a chance to perform in a pit for a show and get paid, but it takes place on Erev Yom Kippur, so he turned down the gig.

My daughter had to scramble to figure out her Rosh Hashana plans only days after landing at Heathrow to start her semester at University College of London. The “mandatory” orientation day and first day to pick classes? The first day of Rosh Hashanah.

She panicked. Does she miss orientation, a mandatory orientation, to find a place for services? Or does she go and try to catch up with services later?

This morning she emails me. She found another Jewish girl on her floor with English relatives and would be spending part of Rosh Hashanah.

And the university, in an email, in true English spelling, stated:

“We are aware that tomorrow is a Jewish holiday and that some of you may not be able to attend the above meetings. Please do let us know if you are unable to attend and we will organise an alternative meeting to catch you up.”

So, really, Jewish parents, where am I going with this?

Because this post is not just about me. It is about you and the Jewish community that is seemingly hanging on by a thread outside Israel.

Get Jewish Books from the PJ Library   Read them with your kids, if just 10 minutes a day.

Make Shabbat. Even if it is only challah and grape juice on a Friday night followed by pizza or take out.

And bring them, if only once a month, to Shabbat Services in the years before they become a Bar/Bat Mitzvah.  Bring them when they are unruly babies and toddlers. Let them climb up around the bima. Let them hear the melodies.  Shlep them into the sanctuary and if they whine too much or cry, take them out and then take them in again when they are calm and keep doing it! To hell with what the old people say and complain. Synagogue is not supposed to be a quiet tomb.

Because little Jewish moments every day, over months and years, stick.

Then, when you are an old(er) Jewish parent like me, you get to watch your own kids make those hard choices for the sake of being and doing Jewish come Rosh Hashanah.

I wish you all a Sweet, Good New Year and may we all be inscribed in the Book of Life.

One response to “A Rosh Hashanah message to parents of Jewish babies from a parent of Jewish Adults: Do Jewish all year long.”