Wear Your Bicycle Helmet, Damn It! 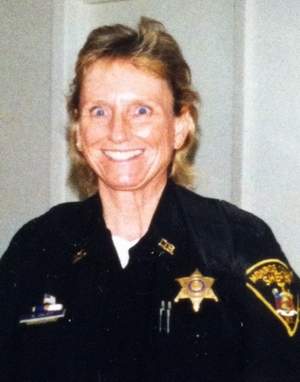 Yesterday, both my sons were glum and grumpy. They were missing their big sister who had just left for sleep-a-way camp for the entire summer.  My youngest simply missed her because she was his big sister. My oldest, he was just mad because HE wasn’t going to camp the whole summer.

So, to cheer them up, I cleared my day for an activity that would set us soaring and put us all in a good mood. We embarked on an extra long bicycle ride. On their bikes, they had to get along as brothers. They could not cut each other off because they would crash. The older one had to stay with the younger one and remind him about traffic rules like staying to the right of traffic, look out for parked cars, and stopping at stop signs.

Finally, after winding our way through side streets we had discovered in a previous bicycle ride. we made it to Brighton’s Buckland Park.  Finally, I could let my guard down, if just a little, and feel free to let them ride in safety the park’s dirt bike trails that took us through tall bulrushes filled with red-winged blackbirds and over wooden bridges. On the paths, I didn’t have to think about a car coming up from behind them or, well YELL at them to get off their bikes and walk them across the busy intersections.

The other night, as I was drifting to sleep, came on the Late News that a 15-year-old boy had been killed while riding his bicycle. He was not wearing his helmet.The next day, my husband came home from work and let me know that the boy was the son of a man who worked at his office. When you live in a small town, the local news is very local.

Today, I also read about a woman in her 50’s who had just died from injuries she sustained while bicycling. She also was not wearing her bicycle helmet.

But, back to our joyful bicycle ride……

Yeah, he had left the house with his bike helmet. But somewhere away from his mother’s eye – he took it off and strapped it not to his head but the handlebars of his bike.

Little did he know there are a lot of other mothers out there.

“Put on your helmet.” I said. No pussy-footing around this time, no saying “I’m sorry for being pushy” or “I hope you don’t mind saying..”

I just said it:

“Put on your hemet. A kid your age was just killed this week on his bicycle and HE was not wearing a helmet.”

Maybe another kid would have snickered and flipped me off. But all this kid said was:

And the helmet went right back on his head.

IF YOU SEE SOMEONE, PARTICULARLY A KID THIS SUMMER WITHOUT A HELMET, BUTT IN AND TELL THEM TO PUT ONE ON!

One response to “Wear Your Bicycle Helmet, Damn It!”