The Blessing of Better 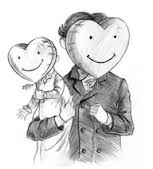 It’s been a while since I’ve blogged.

Then again, it’s been a while since I’ve stayed up past 7 p.m.

Unlike in previous years, where February was our sick month, someone one way or the other in my house was sick from December 31 all the way through January 28.

It started with New Year’s Eve.

My daughter was coughing and sneezing. Then her head ached. I could not find the working thermometer (that expensive Braun ear thermometer I purchased when the kids were babies fell into an open toilet bowl and as a result was thrown away years ago), but with my keen sensory skills, I would say she had about 101.

She knew that her planned sleep-over invitees would not be happening, but please can everyone just come over and she would stay upstairs?

After all, New Year’s Eve 2012 put the close on the last full year we would spend in this house. Everything from now on would be the last, including our last New Year’s Eve get together with our local Rochester friends.

But with flu in the house, I completely understood why everyone stayed away.

All the champagne, cheese, chips, dips, and finger food appetizers (including Mac & Cheese balls! I mean, can anything sound more tempting than Mac & Cheese balls??) I purchased for a small New Year’s get together would have to wait for another time.

My daughter’s flu-like symptoms lasted into the first week of school. As soon as she was better and returned, it was my oldest son who missed a week of school with a sore throat, a seal-like cough, and a headache that wouldn’t quit.

Finally, my youngest was the next victim of the flu and was out for nearly a week. A high fever and a bad cough were the symptoms of his misery.

I have to admit that he DID briefly return to school one evening, thanks to the magic of Advil, to perform in his chorus concert.

The show must go on, right? And again, it is one of his first and last concerts in our current hometown.

Next, it was my turn.

I often encourage my children to take turns in sharing things. This was a turn I would rather have been left out of.

My flu symptoms – both occasions, were  sandwiched with the mother of all sinus infections.

I had completely lost my sense of smell for about a week. Do you know how much pleasure the human being gets from their sense of smell? 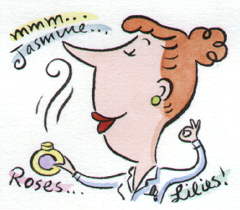 A whole head of garlic? In desperation, I cut one in half and inhaled.

NOTHING was getting through my schnozzola. Nothing.

I suspect that even if I had to change a diaper, I would be spared the stench.

“Inhale some red pepper flakes!” My son dared me.  “It will be painful, but it WILL clear you right out!”

I turned down his dare. I may have been desperate, but I’m not a 14-year-old boy.

When my fever went away, and thanks to some more OTC drugs, 100 cups of tea, and my new favorite toy (a Homedics humidifier) my sinuses cleared and I was feeling better.

But the tiredness and the cough only lifted completely in the last 48 hours.

After a month of being sick (and mind you, I know the flu is NOTHING in the face of other serious illnesses,)  there is the blessing of

People’s first response when you are sick is always “Feel better!”

So, if you are sick with this year’s miserable flu, and you are reading this, I sincerely wish that you feel better.

You will get better soon. When your head is congested and you can’t even smell the strongest head of raw garlic, know that soon you WILL FEEL BETTER!

Not tomorrow, but soon you, will be better.

Better in the way where you can return to work with renewed energy and without the guilt of knowing you are infecting your co-workers.

Better in the way that you can return to exercising and actually feel energized and not exhausted.

But in the meantime, I leave you this song from The Hostile Hospital, a book in the kids cult classic books, Book the Eighth in  A Series of Unfortunate Events  by Lemony Snicket:

3 responses to “The Blessing of Better”