The Very Versatile Dudu Fisher Will Perform in Detroit April 19 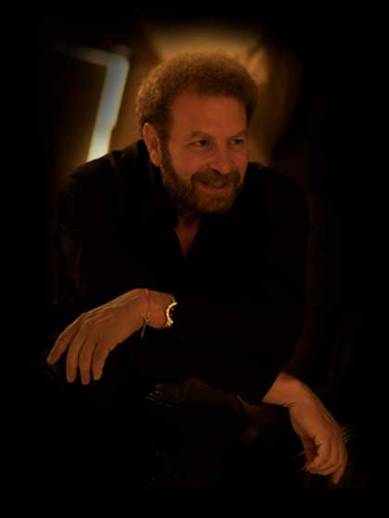 It was a bit of a challenge to pin down this world-famous Israeli entertainer, most known in America for his performances on Broadway as Jean Valjean in Les Miserables. Lessons to publicists out there: Always set up a time between your client and the reporter. Do not just give them your client’s phone number and tell the reporter to “just keep trying.” Also, make sure your client has a working cell phone with voice mail. I am just saying this as kindly as I can.

In the end, it all worked out and I got my story. Here it is, as printed in last week’s Detroit Jewish News.

The Israeli entertainer does it all — and brings it to Metro Detroit.

According to world-renowned Israeli entertainer Dudu Fisher, no other Broadway musical — not even Fiddler on the Roof — speaks as well of the psyche of the Israeli people, with its themes of going to battle and losing loved ones in war, than Les Miserables.
On many different levels, Fisher says it translates very well to Hebrew.

“When I first heard [the song] Empty Chairs at Empty Tables, I was thinking of all my friends killed in battle,” Fisher, 64, says. “After the Israeli premiere, [producer] Cameron Mackintosh said he sensed a response from the audience that he never felt from audiences in other countries. I had to explain to him that 99 percent of the people sitting in the theater were serving in the army or have someone close serving. I told him not one of us does not know people wounded or killed during the time of Israel’s existence.”

Fisher, who tours the world sharing his love and talents for Hebrew, Yiddish and cantorial music, as well as operatic, reggae, pop and country, will perform 7:30 p.m. Sunday, April 19, at Congregation Shaarey Zedek in Southfield.

After service in the Israel Defense Forces, Fisher studied at the Tel Aviv Academy of Music and, at age 22, he became the cantor of the Great Synagogue of Tel Aviv. For three decades, his cantorial services have been sought throughout the world, from South Africa and Brazil to the United States. To date, the tenor, who speaks three languages and sings in 10, has recorded upwards of 40 albums, plus a number of children’s DVDs, teaching Jewish customs and traditions.

On a 1986 trip to London, he caught a performance of the then-new musical Les Miserables and was enamored. When news spread that a Hebrew-language Israeli production of the show was in the works, Fisher, with no theater experience, landed the leading role of Jean Valjean.
He performed for three years in Israel, plus lengthy stints on Broadway and London’s West End.

Fisher’s Hebrew performances launched him to international fame, and his 2008 PBS special Dudu Fisher: In . Concert from Israel was enormously pop ular. But performing on Broadway as an Orthodox Jew came with its challenges.

He was able to negotiate a contract for Les Miz which made him the first observant Jew on Broadway and the West End to be excused from performing Friday nights, Saturday matinees and all Jewish holi days, but his observance impeded him from landing additional roles. He wanted to audition for Phantom of the Opera and still dreams of playing Don Quixote in Man of La Mancha.

“[Observant Jews in show business] should be mentally prepared to be met with many setbacks,” he says. However, setbacks often lead to inspiration. When Fisher sings at Shaarey Zedek, he will perform songs from his 1999 autobio graphical off-Broadway musical, Never on Friday — an anecdotal work exploring the complications of his experience on Broadway as an observant Jew. The tenor also will perform pieces from his 2008 show, Jerusalem, based on a collection of songs and stories that tell the history of the ancient and holy city.

Fisher has a passion for sharing the music of what he calls “his most beloved city” with audience members Jewish and non-Jewish alike. His own father and other family members survived the Holocaust when a Christian couple hid them in a bunker in Poland.

Fisher, who wants to let his listeners know that Jerusalem is holy to all reli gions, tries to reach audiences outside the Jewish community, too — and fans in Branson, Mo. (known as the Las Vegas of the Bible Belt), welcome his annual visit.

“It is important for the State of Israel to have non-Jewish people hear the true story of Israel’s history and current issues,” he says. “Not only what they see on the news.” Dudu Fisher performs 7:30 p.m. Sunday, April 19, atCongregation Shaarey Zedekin Southfield.